Dare to Love and Betrayed get a coming out party on October 13 2012 as Penny Dixon (aka Predencia) holds a launch party at the Harriet Tubman Bookshop and Development Centre. The night will feature readings, and special song written for Betrayed, as sell as peotry performances from Penny’s friends. She’ll also be reading a few of her juiceier ones too.

In keeping with the Caribbean themes of her novels, rum and fruit punch will be served to the early arrivals. There will also be opportunities to win copies of the book!

Betrayed out in hard copy

Betrayed is now available in hard copy from the publishers

Pick up your copy now. It’s a fascinating read.

‘My mind holds only what I think with God.’ 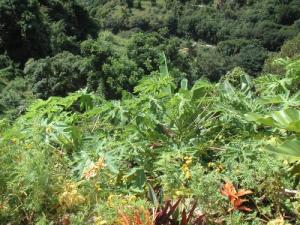 Back in Manchester attempting to grapple with UCAS forms (hopefully sorted it now). Questions of spirituality crop up everywhere, and tonight it was in Jam Street Café with a group of writers, performers, film makers, and artists. I think creative people by and large understand that they are channels for their art, that their most exciting work comes from a time when they are ‘in the zone’, in a place of allowing things to flow.  Tonight’s discussion with members of Speakeasy was a real joy, thanks guys, it’s good to connect in that way and Chris, I totally agree that we create our own heaven or hell right here. I didn’t even remember that my lesson today was ‘heaven is a decision I must make’ and I made a little bit of heaven tonight.

Pic is a view from my friend’s balcony, a little piece of heaven in Montserrat.

I received a text from Becks today. www.zumbawithbecks.com

‘Hey Penny, I just thought I’d let you know I’m reading Dare to Love. I’ve just gotten to the point where I’ve found out what the husband did, and I just want to let you know it has me gripped.’

Thanks Rebecca, hope you enjoy the rest. Enjoy the picture of dancers outside Lexies Bar at Oistins.

Octavy Designs is pleased to announce the release of the web site http://www.pennydixon.com today with improved look and feel along with new servers. Please enjoy the site and feedback through this post anything relating to the site you feel we need to know about.
Thanks
Andrew Dixon 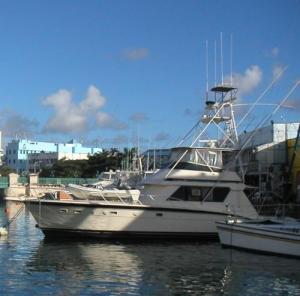 Wow, a week ago I was just getting ready to go to the Plantation in Barbados for what turned out to be the last of my revelling nights. I had to turn down the offer to go to McBride’s on Sunday night to listen to techno music, on the grounds that I could hardly stand up from fatigue. And seriously, could techno top the whole reggae experience of Wednesday night?

I did, however, have some very delicious fishcakes made for me on Sunday. Thanks David, we all enjoyed them.
Imagine my disappointment when I got to the beach on Monday (my last day) morning to say goodbye to the Rasta guy – and he wasn’t there. It’s so unlike him, everyone was surprised. Hope he’s OK. I did, instead, meet up with the woman who was willing to give up her massage session for me, (in the photo with the head wrap) and the police officer who featured in the novel, whom I’d been looking out for all the time I was there.
Barbados cried for me as I left, big bulbous tears, hundreds and thousands of them, throughout the whole day. And I gather it’s still crying. ‘Don’t cry for me Barbados, the truth is I never left you…..’ somehow I think that’s one’s been done.
Eight hours later, I arrived in Manchester, to be greeted by the cold, the grey and the sniffer dogs.
Posted in Barbados 2011 | Leave a comment 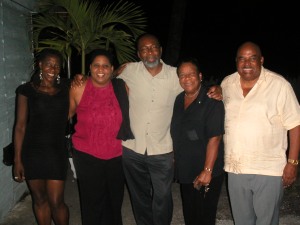 The sleep thing was not to happen last night. At 6.45 p.m. I had a call from the head of the open campus of the University of the West Indies, (someone Gracelyn had given my details in terms of developing some course on parenting), asking whether I would be able to join him and a few other colleagues for a meal at the famous Tapas restaurant at Hastings, as he may not have another opportunity to meet with me before my departure on Monday. I naturally said ‘yes’ and was rewarded with a most splendid night of gorgeous food and lovely company.

The five of us at the table represented four different nationalities, Barbadian, Jamaican, Vincentian, and Grenadian. I felt I’d known them forever, despite this being the first meeting for me of all of them. Conversation was easy, we shared our stories and our food, and was in no hurry to leave. The staff, patient and professional to the last, even took or photos for us long after they should have gone home.
If you’re ever in Barbados, make a point of getting down to Hastings and booking a table at Tapas. Try to get one upstairs overlooking the sea, and try the fishcakes. They are divine.
Posted in Barbados 2011 | Leave a comment 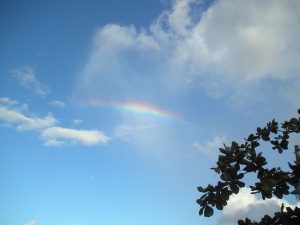 On Thursday I had the pleasure of meeting the Director of PAREDOS, the organisation for parenting education and development in Barbados. It’s a voluntary organisation whose motto ‘building strong communities one family at a time’ is lived in its day to day operations. It reminded me very much of the National Children’s Bureau and of my time there, of people who put children at the centre of everything that they do.

It was heartening to know that there are people working to bring to the wider population of Barbados, and to the Government, the need to have a more integrated and child friendly approach to legislation and to practices in schools and in the home.

It was definitely worth getting only four hours sleep to be able to make this meeting. I hope there will be things we can do together to secure a much brighter future for all the children of Barbados.

Yes, Wednesday night at McBride’s in St Lawrence Gap is Fully Loaded night, the eight piece reggae band that rocked the night through its transition to morning. We were invited by Elvis, the base guitarist who also played with the three piece jazz band at the Plantation lunch on Sunday. What a difference. To encourage people out everything was two-for-one before twelve o’clock. Two admissions for one, four rum and cokes for the price of two and we were set for the night. We began grooving to the recorded beats about half an hour before the band struck up their own brand of throbbing and pulsing tunes.

When the three singers came on stage the temperature shot up several notches. Such energy. They were rocking right from the first song, connecting with the audience, doing the classics to get us going, and when we were humming and purring with them they took it up another notch. We had an hour of them before they stopped for a short break, giving us a chance to refill our glasses and find a bit of personal space before coming back even more charged than before for another hour.

They kept it fresh by using different voices, different styles, by playing around with the songs, using DJ restarts and by totally connecting with the mood of the audience. I loved every minute of it. Still suffering from getting to bed at 4.45 a.m. Still trying to recapture a few hours.

Bridgetown by day – and night

Yesterday I spent pretty much the whole day in Bridgetown. I began by delivering the books to Pages Bookstore warehouse on White Park Road. Then I met David Goddard who took me to meet the journalist at The Nation, with whom I left a copy of my book to be reviewed in the paper some time in the new year. David then spent time showing me his Capital. He showed me streets that could easily have been parts of Georgetown, Guyana, the only thing missing was the stagnant water. Then he showed me the other, more well known Bridgetown. Cave Shepherd, and the rest of Broad St, the churches and other splendid buildings, including the Houses of Parliament; the marina with its million dollars moorings.

We sat in Independence Square and watched the sun go down, watched lovers meet and old men huddle in groups. Heard them curse the beggars. ‘If you want money for milk, try finding a cow – it would be free.’ The beggars seemed undeterred as they moved to the next group, or person. We were approached by at least three, each with a different story, none receiving gifts from us. While not feeling threatened in any way, I felt a little uncomfortable. Felt I could have broken the mould and given something, but I took my lead from my guide and said, ‘no, not today.’ and wondered what Jesus would have done.

The square took on a fairytale appearance in the dark. The yellow and blue Independence lights strung across the city, around and across the river, gave a magical feel to the night. The dark shapes were no longer old men, beggars and people making their way home, but fairies and nymphs, gnomes and princes gliding through a wonderland of colour that twinkled in the backdrop of the night.

We walked the length of Brown’s Beach and marvelled at the fairy castle in the distance. Only close up did it become the Hilton. David was proud to show his homeland, proud to be a citizen of this island where the only place with more centenarians is Japan. Proud to be in a well governed and well organised country, where the infrastructure works and its safe to walk the beaches at night. And so he should be.